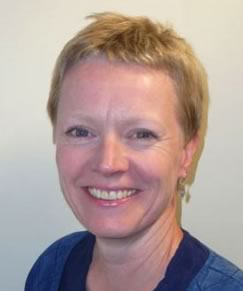 Where did you qualify and what year?  Dundee 1990

It’s in the blood. My father, grandfather and grandfather’s brother were all dentists. I toyed with the idea of medicine but decided against it for two reasons. The first being that I couldn’t see myself finding routine general practice very rewarding. Secondly I was only offered a deferred place for medicine at Birmingham and I was keen to leave home immediately.

Obviously with the family history I had some knowledge of what I would be getting into if I chose dentistry. I helped my dad regularly in my later teens by nursing for him when he was short-staffed (before the days of GDC registration!) and I had seen from him how it was possible to have a varied career within the profession.

Dentistry was also attractive because it was science based and required you to have good manual skills. I have always been drawn to the sciences and my hobbies include things like sewing so it seemed a good fit for me.

I completed my specialist training in 2011 and have been a Consultant in Dental Public Health since 2012. My role is to provide strategic advice and support to the commissioners of dental and oral health services, with an overarching aim of reducing health inequalities. This means that I work closely with local government and the NHS. My job is incredibly varied and no two days are the same. A typical week could involve:

I am also involved in teaching and training at all levels of post-graduate dental training from F1 to masters and specialist.

After qualifying I moved down to Cornwall to undertake vocational training (VT) and I stayed with my VT practice for the next five years as an associate. Whilst an associate I also worked part-time with special needs patients at the local hospital and supported the Health Authority with clinical audit for dentists. I then spent a further two years working part-time at a different practice in Cornwall and part-time with the PDS.

As soon as I was eligible I stood for election for the LDC and served on the Cornwall and Isles of Scilly LDC for six years. This led to me becoming a member of the Service Committee in Cornwall. These committees, which no longer exist, considered all dental complaints and conduct issues. The committee panel heard the complaints and took evidence from all parties before deciding on the outcome. The committee had the power to “with-hold” money from dentists so they were often feared by them.

In 1999 I decided that I wanted to move away from general practice and expand my experience. Unfortunately, opportunities within Cornwall were limited so I looked for options elsewhere in the country. I was fortunate to be appointed as a Senior Dental Officer in the Community Dental Service in Buckinghamshire, in a role which mixed management and clinical. During the nine years I was in the service I worked my way through the ranks eventually becoming Clinical Director of the service, which had then expanded to cover Milton Keynes and Buckinghamshire.

My time with the CDS had made me reflect on health inequalities and the injustice of them and I was keen to explore this aspect of oral health, so when a dental public health specialist training post became available I applied and was accepted onto the training scheme in 2008. My previous varied experience stood me in good stead for the specialist training and I was able to complete it in a little under three years.

My first Consultant in Dental Public Health post was in North Central London. I spent a year there before relocating to Thames Valley when Public Health England was created in 2013.

As well as my Consultant role I am an active member of the BDA and currently chair the Dental Public Health committee and as such I sit on the union committees within PHE.

I think this would have to be being appointed as a Consultant.

Looking back, I am not sure I would do anything differently. The approach I took when qualifying and the advice I would give to new graduates now is:

For me there have been two people who have influenced my career the most. The first is my dad. For the first few years of qualification I did find it a bit annoying to be constantly referred to as “Bob Ireland’s daughter” but I now view it as a privilege to follow him into the profession as he is held in such high esteem, seemingly by everyone who knows him. The second person who has been a mentor to me is Helen Falcon. I first came into contact with her when she employed me as a Senior Dental Officer in 1999. From the moment I started working with her she has guided and supported me in my career development. She has offered me development opportunities, seen my potential when I didn’t and been a good friend for the last 20 years.