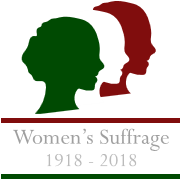 2018 celebrates 100 years since women over the age of 30 gained the right to vote. We will be marking this important landmark by profiling 100 women dental professionals during 2018.
Beginning on March 8 – International Women’s Day – you can read about women working as dental professionals in the UK.
We will add profiles throughout the year, so look out for new profiles.

Watch this space as more great women professionals are added.

To celebrate 100 years since (some) women gained the right to vote in UK elections, Dental Mentors UK will be featuring and profiling women dental professionals from all groups across the profession and from all over the UK during 2018. We want to raise the roof about women’s achievements and contribution to the dental profession and raise awareness of the role of mentoring in nurturing success. There are many hundreds of great women dental professionals, let’s see how many we can feature. These women are amazing, they provide role models for all, across gender, ethnicity, all professions and geography. Watch out over the next few months as we profile women who are an inspiration and a credit to the whole profession.

February 1918 saw the passage of the Representation of the People Act, which allowed women over the age of 30, who met a property qualification, to vote. Although 8.5 million women met this criteria, it only represented 40 per cent of the total population of women in the UK. It was another ten years later with the Equal Franchise Act of 1928 that women over 21 were able to vote and women finally achieved the same voting rights as men. This act increased the number of women eligible to vote to 15 million.

By the beginning of 1918 women already had a foothold in the dental profession, albeit it a small foot and one that had been fought hard for.   On 3rd. May 1895 Lilian Murray (1871 -1960) qualified from Edinburgh dental school with honours – the first female dental graduate in the UK and the first woman to be a registrant on the ‘new’ dental register instituted in 1879. The year Lilian qualified she was accepted as a member of the British Dental Association (BDA). Lilian would have been working for 23 years and was 47 years old in 1918. Lilian was also awarded a CBE and the Society for the History of Dentistry formed in 1962 is named the Lindsay Society in her honour. Lilian Lindsay is our most well-known woman dental pioneer, but she was not alone.

In 1912, Lily Fanny Pain was the first woman to qualify in England with an LDS Eng. By 1914, 11 women dentists are registered, three in London, 2 in Manchester and six in the rest of the UK. That year there were five women dental students at the National Dental Hospital in Portland St. London.

The 1921 Dentists Act made it illegal for anyone to practice as a dentist unless they were qualified or could demonstrate they were bona fide dentists of five or more years standing and who also passed, before 1931, an examination prescribed by the Dental Board. If they had been in practice for fewer than five years the examination had to be taken by July 1923.

By 1937 women comprised 3.2 per cent of the dental register, this proportion gradually rose over the years. By 1972, almost 13 per cent of GDC registrants were women.  That’s a rise of approximately 10 per cent and it took 35 years. During the 1980s and 1990s the number of women began to rise more steeply and at the Millennium, about one third of GDC registrants were women. In 1993 Margaret Seward became the second woman President of the BDA. It took 47 years for a second woman to hold the position of President of the BDA, after that, although not thick and fast there have been two others to date – Sue Greening MBE in 2006 and Janet Clarke MBE in 2011, a third, Susie Sanderson will take up the mantle in 2018.

In 1994, Margaret took on the role of President of the GDC (the first woman to hold that position). Following in the footsteps of Lilian Lindsay, Margaret has achieved many firsts and is an inspiration for all in the dental profession. In the New Year’s list of 1999 she was honoured as the First Dental Dame, the profession awaits our second Dame.

The Millennium also saw the first female UK Chief Dental Officer (CDO) – Margaret Seward, England. Since then Margie Taylor CBE in Scotland (2007) and Colette Bridgman MBE in Wales (2016) have been appointed. England now has its’ second female CDO, Sara Hurley who was appointed in 2015.

On 31.12.17 there were 105,587 dental professionals registered with the GDC, 80 per cent of those are women with 48.5 per cent of dentists being women. In 100 years the proportion of women dentists has risen from less than 1 per cent to almost 50 per cent, and the rise has gained serious momentum in the last 30 years.

In the case of Dental Therapists, as early as 1909, local authorities, including those in Bradford, Cambridge, Chester, Coventry, Sheffield and Norwich, had already started to lay the foundations for a School Dental Service. By 1923, Derbyshire, Sheffield and Shropshire Education Authorities were employing dressers (the fore runner of Dental Therapists). In 1923 the Ministry of Health ordered that the Derbyshire scheme be abolished, under the powers of the 1921 Dentist Act. In 1932 there was a further amendment which restricted the scope of the dressers' work to scaling and polishing, although they were not completely abolished until 1942. In 1959 the first school for dental auxiliaries (Dental Therapists) was opened at New Cross Hospital in South London

The inaugural meeting of the British Dental Hygienists' Association (BDHA) took place on 6 July 1949 at the Eastman Dental Clinic, Gray's Inn Road, London. In 2006, the BDHA was renamed the British Society of Dental Hygiene and Therapy, to reflect changes in the education system.

The 1957 Dentists Act allowed the introduction of hygienists as the first post-World War II civilian ancillary workers to legally provide oral care in the United Kingdom. However, some hygienists had already been trained and employed by the RAF during the war. A dental hygiene school was started at RAF Sidmouth in 1943 by James Smith. The first civilian school followed in 1949 at the Eastman Dental Clinic in London.

2007 was quite a year for dentistry, this was the year that saw the first graduates of the Diploma in Clinical Dental Technology receive their awards from the Faculty of General Dental Practice (UK) and Kent, Surrey and Sussex (KSS) Deanery. Clinical Dental Technicians (CDTs) could at last be recognized, registered and legal within the UK, on 31.12.17 there were 332 CDTs registered with the GDC, 9 per cent are women.

In July 2007 the first Orthodontic Therapist (OT) course opens at Leeds Dental School following a lengthy period of discussion and negotiation within the profession.  On 31.12.17 there were 568 OTs registered with the GDC, 98 per cent are women.

So, here we are in 2018 with a dental profession in which women play a vital and enriching part.