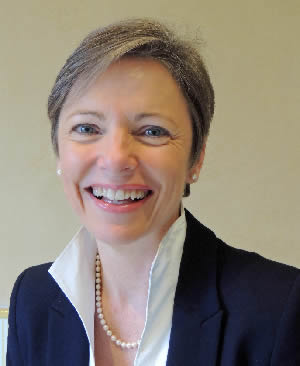 Where did you qualify? And when? Liverpool University School of Dentistry 1981

My parents were both in education and so I expected to go to university from an early age. I enjoyed my science A levels, particularly chemistry and biology so I wanted to pursue a career related to them. I was very keen to have a profession rather than just a job and to be financially independent so the choice was between medicine or dentistry. I liked the skill of intricate work since I enjoyed sewing, art and craft making and that coupled with the satisfaction of ‘healing’ people drew me to dentistry.

After leaving dental school I began a three-year short service commission in the Royal Army Dental Corps. This began my leadership development through the officer training course at the Royal Military Academy Sandhurst and gave me an opportunity to run my own dental centre with responsibility for several members of staff. It also started my personal development plan and gave me training in paramedical fields such as anaesthetics whilst encouraging me to step outside of my personal comfort zone. Subsequent to completing my Commission I went into NHS general practice moving around UK and Northern Ireland for five years and eventually settling in a practice in Winchester where I have been an associate for twenty-five years. The practice has trebled in size in this time and I am now the senior dental associate eschewing partnership because of family commitments. In October 2012, with children through University, I was selected and completed the Oxford Deanery Dental Leadership Development Programme for Local Professional Networks where I was influenced by several speakers, notably Colette Bridgman for her outreach work with nursery age children in Manchester and Janine Brooks for her inspirational talks on investing in developing careers.

In 2013 I became the Treasurer of the Hampshire and Isle of Wight LDC. At that time I began to reflect on the wider NHS dental demands, with frozen pay and lack of investment following the Global Financial Crisis. I was so concerned at the risk of commoditisation of dental care that I wrote to the Minister for Dentistry. Fortunately, he engaged with my letter and passed it onto the CDO, who asked to meet me at the Department of Health. We had a long discussion and he encouraged me to persuade my principals to apply to become a pilot practice for dental contract reform. Following this I was invited to join the National Steering Group for Dental Contract Reform where I sit as an associate dentist. Through this I was fortunate enough to work with Professor Jimmy Steele who helped me to understand the changing face of dentistry and the subsequent clinical and financial considerations required for the future.

Through the LDC I have been offered other opportunities for further training and I am now a trained Dental Appraiser for Health Education England being part of a programme of conducting peer to peer appraisal with other dentists for NHSE. I am also a legally trained Discipline Specific Practitioner for the Performance Advisory Groups and Performer List Decision Panels for NHS England (Wessex) and I am one of the GDP representatives on the Wessex Oral Surgery MCN. I am currently working in a Blend A Prototype practice. I still enjoy my clinical life but I am also looking to develop formally as a coach mentor. I am married with two adult children and I have a keen interest in literature, music and travelling.

It would have to be the invitation by the then CDO to join the National Steering Group for Dental Contract Reform. It came about because, independently, I wrote a measured letter to the Minister for Dentistry expressing my concern at the direction of NHS dentistry becoming commoditised and in so doing risking standards falling below that of the Regulators. The Minister passed my letter onto the CDO which led to a meeting and discussion and my invitation followed. It taught me that no matter how small we perceive ourselves to be, by informing ourselves, developing measured arguments and getting involved we can have a voice.

Look ahead and don’t be bound by your immediate horizons. Look for opportunities to engage with the wider world of dentistry and become accustomed to setting yourself goals.

Nerina Hendrickse. I have never had an official mentor but I credit Nerina with influencing me the most. She has been very generous with her contacts and fulsome in her praise, encouraging me to always run the extra mile, mostly by setting her own example. It was Nerina who encouraged me to become involved with my local LDC because she believed that more women needed to be involved in the running of the Committee and having a voice in influencing decision making. Working in the LDC led to identifying a course to develop my NHS Leadership Skills which opened my eyes to the wider NHS environment. Nerina set up a women’s’ dental peer review group in our local area which I joined and met colleagues, running their own practices, running local BDA branches, running families, running extra-curricular activities and all this in addition to their own dental careers. It was hugely enlightening and I suddenly realised that if you want to do something in life it was all possible no matter how much else you have going on. The added support from a peer review group meant that I enjoyed the commonality of the challenges of being a wife, a mother, a carer and having a career without feeling isolated or overwhelmed.

Although I have never been formally mentored, I have come across several people in my life who have memorably advised or trained me in my professional career such that I have changed my performance or outlook and have been encouraged to seek further development to consolidate my ideas. I have seen the power of mentoring in my work on the Performance panels for NHSE whereby dentists in difficulty are allocated a coach mentor to help them reflect and remediate suboptimal practice and the positive results this can produce. I also hope that I have been a role model to my children in this time and given them the belief that it is possible to have a career and be a supportive wife and mother, too.