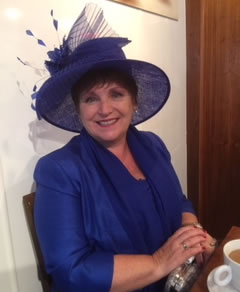 I knew I wanted to work with the public and use my scientific knowledge and practical skills to make a difference to people’s lives. Looking back, at just 17 years old and with no family history of university education, let alone any relatives with a healthcare or professional background; other than brief visits to the family dentist for routine treatment, I didn’t really know what I was signing up for. My school’s careers advisor had suggested I apply for chemical engineering courses, but I had read a humorous book by Matthew Finch about life in a dental practice, and on the flimsiest of evidence, decided instead to apply for dentistry, which fortunately for me, proved to be the right decision.

I retired at the end of 2015, and since then have done some very part-time research, mentoring and lecturing to dental undergraduates and have also written Guides for the British Dental Association on Dental Specialty Training and Getting Your First Job (Applying to Dental Foundation Training).

I’ve had an incredibly varied and interesting career and have managed to combine several jobs at once throughout most of my working life – not by design, but by a desire to keep trying something new.

After qualifying, I worked as a School Dentist in Wiltshire for eighteen months while my soon to be husband finished his engineering degree course in Bath. We then moved to Watford as my husband now had a job in London and I was in the fortunate position of being able to find work pretty much anywhere. I became an Associate in a busy four- surgery NHS general practice for 5 years, with a short break when my daughter was born, returning to the practice part- time.

We moved to Bedfordshire to be close to family while our three children were growing up and I joined the Community Dental Service in Milton Keynes and Aylesbury in Buckinghamshire, where I stayed for over 20 years, initially as a part-time Dental Officer. I ascended through the ranks to become Clinical Director of Dental Services, combining the dental job with studying part time for a City and Guilds Certificate in Further Adult Education and Teaching at Aylesbury FE College, then a Masters in Dental Public Health at The Eastman Dental Institute, University of London. I led the Oral Health Promotion Team, became a Vocational Trainer and then VT Adviser (Training Programme Director) for the Four Thames Community Dental Scheme and then a part-time Clinical Audit Fellow of The Royal College of Surgeons in England, developing the Index of Complexity for Specialist Restorative Dental Treatment Need.

I was fortunate to be sponsored to attend several excellent national NHS Leadership Programmes and subsequently held a number of different NHS general management roles. I was Deputy Chief Executive of a Community NHS Trust, Director of Strategic Planning and Rehabilitation Services and also managed Children’s Services. All these roles incorporated the Dental Services in the Trusts and so I managed to keep a toe in dentistry. Following a major NHS reorganization, I combined my Director of Dental Services role with Associate Director of Teaching and Learning for the Primary Care Trust, which included being the CPD Tutor for the General Medical Practitioners and so I became part of the Oxford Postgraduate Deanery Team. Next, I became part- time Locum Consultant in Dental Public Health for Buckinghamshire and joined the GDC as an appointed Member of Council for three years. I became Postgraduate Dental Dean in Oxford in 2005, a role which later expanded to cover both Thames Valley and Wessex. Shortly after becoming Dean I was elected as COPDEND Vice- Chair, was re-elected 3 years later and finally elected Chair of The UK Committee of Postgraduate Dental Deans and Directors (COPDEND) in 2013.

It’s hard to pick just one, but the Dental Education achievements are the ones I value most. I would certainly include: the initial concept and all the development work to publish UK Standards for Dental Educators; helping to introduce assessed completion of UK Dental Foundation Training; setting up Foundation Training for Dental Therapists in England and developing the first assessed course for dental mentors.

Being recognised for my work in dental education with the award of an MBE in the Queen’s Birthday Honours in 2016 was the icing on the cake.

Say “Yes”! Try everything while you can and look for a good boss. Don’t be afraid of walking away from things you try and don’t really enjoy, or where you are not supported to develop and grow. There are always opportunities if you keep your eyes open. Share ideas and concerns with trusted colleagues, friends and family and ask them for help when you’re struggling. Keep an open mind -sometimes the best ideas are not the ones you expected to hear.

I’ve been very lucky to have had some incredibly supportive dental and non-dental colleagues over the years. Jane Rhodes, District Dental Officer in Milton Keynes was the first one to encourage me to take risks, suggesting career options rather than giving direct advice. David Thomas, at the time Consultant in Dental Public Health in Buckinghamshire and later Postgraduate Dental Dean for Oxford and Chief Dental Officer for Wales, encouraged and supported me to apply to the specialist list in dental public health, despite my having had an unorthodox career pathway. When I was a newly appointed Postgraduate Dental Dean, David Smith, then Chair of COPDEND was brilliant at not only listening to and supporting my ideas for improving dental education, but also challenging me to do more than I ever thought possible.

I had very few formal mentoring sessions during my career, and those I did have were often offered as part of NHS Leadership Programmes. I have encountered many different styles of mentoring, both formal and informal, and often found structured appraisals offered a real opportunity for mentoring, especially when conducted by someone who was skilled at listening and asking the right questions. The good ones were primarily interested in my achievements and development, rather than just meeting the organization’s targets. It really helped to prepare beforehand, as often the mentoring helped me to make sense of my own thoughts and move me from “what’s next”? to “why not”?