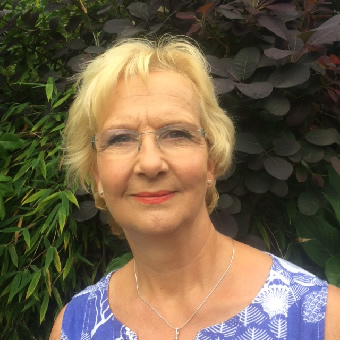 Where did you qualify and when? University of Birmingham 1983

I had a pretty poor experience as a child at our family dentist. He was a friend of my father, they played rugby together and so by virtue of a shared sporting interest made him, in my father’s opinion a good dentist. At this time there was a fashion for removal of first permanent molars “to allow for wisdom teeth to grow” and so at the age of eight I had all four first molars removed under general anaesthesia, in my mind’s eye I can see the mask approaching and I can smell the rubber now as I type, I was sent back to school in the afternoon. The nurse administered the general anaesthetic.

I lived in a tiny hamlet and was approached by a neighbouring family to do some babysitting for them. It was a fortuitous event as the father of the family was a dentist who allowed me to do work experience at his surgery. He was well known both locally and nationally and this stroke of luck gave me a real advantage at dental school interview having worked for three summers in a dental surgery. I had been supervised by an excellent nurse who generously taught me as much as she could every day, there was a laboratory on the premises and I spent my lunch breaks with the technicians. This experience showed me that I really enjoyed the practical work and the contact with people from all walks of life.

My dental career was very much like other professionals who ran their own practices through the late 80’s although there were very few solely owned by females. I was surrounded by a fantastic team and had a very satisfying career. I suppose that many of us have similar experiences, so I will restrict myself to just advising others to be sensitive to those around them and take every opportunity that raises its head. In 1987 I was lucky enough to be in Japan with the European Community and spent time at the National Dental school at Fukushima. This building was on the coast and some eight years later the whole medical school was moved in land. In the earthquake and subsequent nuclear disaster, the whole site was devastated. This puts many things into perspective.

Dentistry is a career suited to life long learning.

I started as a VT in the West Midlands scheme and was lucky enough to be placed with Dr Paul Frost who had been a lecturer at the Eastman. He was a truly inspirational man and encouraged me to grow and develop. He had amazing technical ability and was truly gifted.

I was given time to assist him in his difficult cases over the first two years of my career.

He would challenge the Dental Practice Board on a regular basis and on one occasion we had several Regional Dental Officers watching him working on a complex case. The DPB stated that the procedure could not technically be done. At the end of the case they were in awe of Dr Frost as they had never seen anything like him operating before. He had reversible hydrocolloid impressions and they were poured within ten minutes of him taking the impression. His crown and bridge work was beautiful to see. There was never a doubt any laboratory made item would not fit and this demonstrated to me the close relationship that was necessary to have with the dental technician. It is odd to me that many dentists these days don’t visit the lab to make a personal relationship with the technicians. This investment of time is very well spent in my opinion. I was still examining regularly some of his work placed by him in the mid 1980’s on patients I continued to care for until 2015 when I retired. It had stood the test of time.

Dr Frost used to allow me to do single unit restorations and when they were up to his standard he would allow me to take on some simple bridge work. Initially I was pretty disappointed that he was protecting his patients and practice from a newly qualified dentist but as I ran my own practice I understood his caution. At this time his research was involving subperiosteal implants, this was over thirty-five years ago, when dental titanium implants were just being introduced.

My husband worked at Rolls Royce and was in charge of running the repair and overhaul facility for aircraft engines: he had to comply with international standards and had protocols for all procedures. He saw how unregulated and unstructured the dental profession was in the mid 80’s and so in my practice, we set about putting protocols in place. One of the best of these that he introduced was visual standards. By photographing the equipment required for all the procedures regularly carried out in the dental surgery nurses could refer to these prints be reminded of everything needed by following the visual clues. This cut out much frustration when training staff and I would recommend this to any practitioner.

My cousin was a pilot in the RAF in fact a Harrier pilot. He was a patient and he contributed many ideas to the running the practice particularly when learning from mistakes. He called it learning from “near misses”. His input to staff training with examples from his flying experience was really very appropriate. The attitude within the industry was for learning from a “Near Miss” not looking for someone to blame.

Advice to younger self.

Make sure you are quick to say sorry. If you have misunderstood a patient or made a mistake face up to it, take time to explain it, maybe with diagrams and say sorry.

In the work I have done with patient complaints most patients just want an apology. They do not want compensation or to sue you. They just want a truthful explanation of what happened and why what you were hoping to do didn’t go to plan.

I have been volunteering at a medical school in Ethiopia and have played a role in raising standards particularly with regard to patient safety.

Following the death of a colleague his widow donated all his dental equipment to set up a rural extraction clinic in northern Ethiopia in a town called Adwa.

Getting the export certification and customs documentation for medical equipment was a real headache and I was so delighted to get to the site of the proposed clinic.

Along with local staff we painted the walls and bought a new piece of vinyl floorcovering and put the dental chair in place. The chair was jammed at a certain height as the motors were rusted beyond repair, the young hygienist was too short to be able to treat the patients successfully. This required the local welder to make a platform she could stand on in order for her to be high enough over the patient to extract teeth. Due to the shortage of dentists hygienists are licenced to extract teeth, incidentally nurses can carry out C sections.

Installing the surgery took two days to set up under the beady eye of a senior nurse who had been a fighter in the Ethiopian Civil War. She had swopped control of a Kalashnikov for control of a “Little Sister” autoclave. I knew none of this precious equipment would get lost or be damaged, the price of freedom had been so high 64,000 of her people had perished.