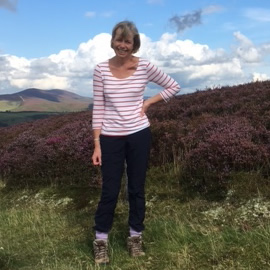 Where did you qualify and when? University of Birmingham School of dentistry. 1981

The ability to combine a scientific interest with direct interaction with people. I am a practical person and liked the idea of doing something that wasn’t completely academic. But I also like meeting with and talking to people, particularly if I could also help to either keep them healthy or else sort out their problems directly.

I am currently Chair of the NHS England West Midlands Local Dental Network and also Deputy Chief Dental Officer for England. Both roles involve a huge amount of networking and I think I have built up some incredibly useful, interesting and effective networks over the years.

My grandmother always told me to say “yes please” rather than “no thank you” and I have used this advice when presented with tasks and opportunities throughout my career. So, I started off as a community dentist in Dudley, but when a friend left her GDP post to move north and asked if I would be interested, I leapt at the chance to try a different branch of dentistry. I found I preferred working with more disadvantaged people, so moved back to community, and remained with the Birmingham service until quite recently. But, that service didn’t stand still, as we were offered new roles, I accepted them on behalf of the service (sorry folks!) and the service grew in breadth but also expanded to cover a larger chunk of the West Midlands. We then merged with the Dental Hospital and I found myself in a director role there. All fascinating and some great learning opportunities.

I also worked hard with the BDA, starting locally and ending up as chair of a national committee negotiating the pay and conditions for all community dentists in England. Quite a responsibility, but again an amazing way to develop new skills and meet new people.

Recently I changed again and have taken up both a regional and a national policy position, which suits me very well and also means that I continue to learn and develop. I’m never bored and I have been fortunate to work with some fantastic people over the years which is a huge bonus.

Being honoured to be nominated President of the British Dental Association

As above, always keep an eye out for opportunities to learn and develop. Be nice to everyone you meet; dentistry is a small profession and you will be working in it for a long time, so develop a positive and supportive network. Support others.

Ros Hamburger for her positivity and support. No idea was ever too big for Ros. Janine Brooks for her sheer hard work and embracing of new challenges virtually every day.

I have mentored and been mentored. It is so valuable and a key part of personal development.