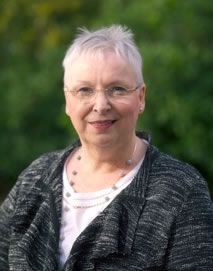 Where did you qualify and when:     University of Sheffield 1971

What attracted you to dentistry:

I come from a very large family of dentists including mother, father, two grandfathers, two uncles, two cousins, and two brothers who are dental technicians. I swore I would not do dentistry!

However I really wanted to be a doctor, when I was applying in 1965 it was before the Equal Opportunities Act of 1975 and there was a quota of a minimum of 15 % of female medical students. Eventually I went for dentistry as I knew I wanted to do something that helped people.

I qualified in 1971 and had decided that I didn’t want to go into my fathers’ practice in Doncaster.

I wanted to go to London as I imagined it would be more exciting. My first job was as an associate in a practice near Turnpike Lane, North London. I have always been happy being a General Dental Practitioner, and being thrown in at the deep end in an NHS practice was a great learning experience. There was no vocational training in those days and I learnt on the job the many things I had not been taught or had experience of in dental school. I eventually ended up working in busy mixed multiple practice in the City of London, where I had worked as a dental nurse when I was a student, in the summer holidays. However, when I had been qualified for four years I met my husband who is Canadian. I managed to get a job as an Intern in a general hospital with a dental department in Toronto, the Head of the department was a British Oral Pathologist and he allowed me to choose what I wanted to do and needed to learn. This was a turning point for me in my dental career and life. I came up against the Canadian Board exam which had a failure rate of 90% and I was one of them.

So we decided to come back to England and I knew then that I would not remain working in the NHS. I had seen how dentistry was practised to a much higher standard, my experience spurred me on to be one of the first to get the MGDS. I stayed as an associate in the City again, but by 1988 I set up a new practice in Clerkenwell. I had that for 15 years and in that period had four vocational trainees. My other professional activities took off after my MGDS, I became Chairman of the GDPA and got voted onto the General Dental Council in 1984.

Women in Dentistry was founded as a direct result of a Sex Discrimination Case I took with the backing of the then Equal Opportunities Commission, the resulting publicity brought together a group of passionate and activist dental women. At that time there were few women dentists on Committees and one of our achievements was to push for and get Maternity Pay for women dentists in the NHS general dental services.

I decided to get a Psychology degree so that I could teach young dentists about anxious and difficult patients, I got that from Birkbeck in 1986.

When I was 55 I gave up the practice and went back to the City to work as an associate for Bupa. For a long time I had only been in private practice and built up a large following on my reputation of being good with nervous patients. By the time I retired I had a website specially set up to attract dental phobics and it was wonderful to see people being transformed as they conquered their fear.

What has been your most memorable achievement in the profession:

There are three things which stand out. The first being the instigator of the report of the GDC into the Behavioural Sciences in Dentistry. The outcome of that was that these subjects became mandatory in the undergraduate dental curriculum.

The second was chairing the Dental Auxiliaries Review Group, which led to the GDC passing legislation to register what are now called dental care professionals, (DCP).

The third was being Vice Dean of the Faculty of GDPS.

What advice would you give your younger self on qualifying:

Keep learning, keep being interested in what you are doing, be genuinely interested in the people you are treating, and treat each one as if at any time they are the only one that matters. If the job you are working in is not working for you, don’t hesitate to look for something else.

Which of your mentors has influenced you the most:

Dame Margaret Seward. She believed in my abilities and gave me opportunities to do things such as write for the BDJ, lead the DARG and she supported Women in Dentistry.

How have you used mentoring during your career:

I have always tried to mentor and help my colleagues and staff to achieve their potential.

I mentored for the London Deanery Scheme, mostly Doctors, and through them got my ILM Level 7 Coaching Certificate. I continue to mentor dentists in distress.

What are you doing now:

I have now retired after 46 years in practice. I have developed a new career in professional family history research. As usual I felt I had to have some sort of formal training so I have been doing the advanced certificate of Pharos Tutors which is almost finished. I love interacting with my clients and learning about their families