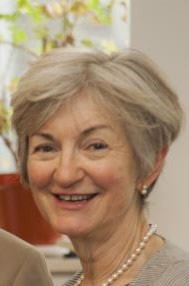 I really wanted to do Medicine but did not get the right combination of ‘A’ levels so I took up the offer of Dentistry, thinking I would change once I got started onto the course. However, I did not pursue that.

I am now retired and so spend most of my professional time supervising the theses of the doctoral students I look after. As well, I am the independent chair for the hugely important FiCTION Trial on behalf of the HTA in the UK, the results of which will be published in 2018. I have been Editor Emeritus for the Journal of Disability and Oral Health, for which I was the first editor in 2000 and I am the academic representative on the committee of the Irish Society for Disability and Oral Health. Following on from my time on the Dental Council of Ireland, I have been asked to be a Trustee for Practitioner Health Matters Programme, an independent charity organisation which provides a free, confidential service for doctors, dentists and pharmacists with addiction and/or mental health problems. I have recently stood down from the role of co-Chair of the Federation of European Heads and Deans of dental Schools under the auspices of ADEE and am delighted that a set of competences for deans and heads of dental schools will be a resource for aspiring dental leaders. And then of course there are lectures to give- some teaching in the Dublin Dental University Hospital still as well as externally. I am really humbled but so honoured to be asked to give my name to the Athena Swan Lecture in my Alma Mater, Dundee and to deliver the first lecture there.

I was married as an undergraduate and so went to work in the CDS in Warwickshire for two years. I loved the variety of that, clinics, working on a mobile and in a school for blind children. I was involved in a project with Peter James’s department in the Birmingham Dental School and eventually applied for a job there, working in Periodontology, Dental Public Health and Children’s Dentistry. I was involved in a number of the national oral health surveys and learnt much from Andy Anderson, Gill Bradnock, Don Glenwright as well as colleagues like Peter Rock and Linda Shaw. My husband was moved to the north east in 1980 and I was lucky to get a lectureship in Child Dental Health, in Newcastle, with John Murray. These were my formative years professionally, doing FDS, a PhD, specialist training in Paediatric Dentistry and working with a fantastic group of people, across all disciplines. There was a great ‘can do’ philosophy, and I mourn the personal as well as loss to the profession of Jimmy Steele. The camaraderie of the cleft team and the hypodontia team in particular with John Meechan, Ross Hobson, Nigel Carter, Nick Jepson, Francis Nohl and Ann Jackson was fantastic and I really felt we made a difference to peoples’ lives. Once John Murray became dean, Andrew Rugg-Gunn, a superb researcher, headed up an expert department, probably one of the best in the UK at that time. However, having worked on children with ‘special needs’, who as I grew older also became adults, gave me the impetus to take up a new challenge in Trinity College Dublin, to establish Special Care Dentistry as I insisted it be called, in Ireland, where I had been born. My Irish mum was delighted, my Austrian dad more pragmatic seeing a single mother with two teenagers, going to a new job in a new country, even though that was what he had done, similarly, as a teenage refugee from Vienna in 1938. My years in Trinity and the Dublin Dental University Hospital were fulfilling too. The challenge of setting up new services, establishing an education programme and getting funding for research, all in Special Care Dentistry was exciting. In Ireland, you are close to decision-makers, politicians, government officials and people, in the good times of the Celtic Tiger era, were keen to make progress. Running a department as well was new and brought with it all the management, but especially mentoring skills that I had gained in Newcastle. The wise counsel of, in particular, the Dean John Clarkson, the CEO Brain Murray and colleagues Jacinta McLoughlin and Paul Dowling was invaluable. Latterly I became Dean of the school and juggling that role with that of a clinical academic in Special Care Dentistry was rewarding if difficult especially in the economic downturn when there was no money, severe cutbacks and no prospect as a consequence of employing new staff but people were fantastic at pulling to and delivering, as always.

Seeing the Hypodontia team working so well in Newcastle, really pushing boundaries to good effect for patients; seeing the vision of Special care dentistry start to embed in Ireland in terms of education, both under- and post-graduate, a clinical service bedevilled by long waiting lists - in demand, so successful and a research programme that attracted funding

Relax! Enjoy life more, don’t leave everything you want to do until retirement.

I was so much a novice when I qualified and Phil Jenkins, the assistant ADO in Warwickshire was a great sounding board and advisor; just what a vocational trainer should be/is now. Andy Anderson, in Birmingham, sadly died so early but was a great observer of life, a sceptic but so student-centred and visionary. John Murray, my boss in Newcastle, really professional, enthusiastic, keen to foster the careers of young people, did not countenance unfairness and expected the same high standards of everyone- and a great sense of fun!

I was fortunate to go on a mentoring course with the Northern Deanery that was superb. I used the skills I learned to self-mentor and then with colleagues, especially PhD students, Paula Waterhouse, Caoimhin MacGiolla Phadraig for all those times when you have self -doubts, when the task seems formidable or there does not seem to be a solution. A great mantra I learnt, I think from Linda Shaw, was if there isn’t a solution, there isn’t a problem. It takes time to think that one out.