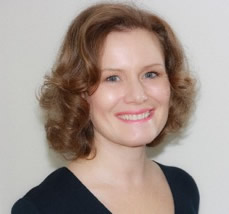 I came from a working class family in Luton therefore had no prior links to the dental profession.   At school, there was not any careers advice, at sixth form I researched which degrees I was eligible for with the A levels I was taking and made my decision based on that. I didn’t fancy medicine but I liked working with my hands. I had prior experience working for charities and dealing with customers and I got on well with people from all walks of life. I was very idealistic and wanted to help the underprivileged and those who society had forgotten. The idea of being creative whist helping people appealed and so I applied for dentistry.

On completing my degree at Kings, I started off my career as a vocational trainee in Acton, London. Vocational Training was not compulsory in those days. I was very keen to be the best I could be, however, I lacked confidence and wanted as much support as I could get. I worked at a series of practices over the next couple of decades, whilst getting married and having 2 daughters.

I kept my interest in the job going by constantly taking postgraduate courses. I couldn’t do enough of them. I was particularly interested in clinical governance and took the FGDP Certificate in appraisal of dental practices. This gave me a taste for CPD and I successfully completed a Masters in GDP, the MFGDP and took the Certificate for Dental Practice Advisors. I participated in any study club available to me and attended every postgraduate course I could, including learning to place implants with Straumann.

Around 2001, whilst working for Dencare (later called Oasis) I trained to carry out practice appraisals across their corporate network and this led on to successfully gaining a position as a Practice Assessor for NCAS.

I was asked to be Dental Practice Advisor for Northants PCT and kept that position until the restructuring of PCTs to ATs made me redundant. This was a huge blow as being a DPA was a role I really loved. The people I worked with were great and I believed I was very good at it.

From fairly early on in my career, I wanted to run my own practice. I had very clear ideas about how I wanted to practise dentistry and nowhere I had worked really had the same ethos as me.

My family responsibilities and many other obstacles made setting up my own practice very difficult but I finally managed it in 2008. I set up a squat private practice with a friend I met whilst doing the Masters. Shortly after setting up the practice, the PCT announced a tender for a NHS practice in the town. I won the tender and the practice suddenly became completely different. I took on foundation dentists and ran the practice very successfully, until selling it in 2016. I enjoyed being in charge of the practice but found the pressure from targets and overbearing regulation to be too much.

I now work as an associate part time and dedicate a lot of my other time at the BDA and LDC trying hard to improve the lot of dentists working on the NHS.

Society needs a NHS dental service fit for purpose, unfortunately I see more and more dentists rejecting NHS commitment as a career choice. I now fight to improve the working lives of dentists and work to encourage more of my colleagues to actively do the same. I passionately believe younger dentists should be supported so they can avoid the pitfalls and stresses that have burdened so many that came before them.

I sit on the GDPC Executive at the BDA. I am secretary of Northants LDC, GDPC rep for the county and I am an associate at a NHS practice in Northampton .

Winning a tender for a NHS contract against very stiff opposition from local corporates.

Spend more time developing networks. Work hard to find friends in the profession you can confide in when things are tough. Find a group of people who you can trust and who will support you. Accept that neither you nor the system you work in are perfect.

Sandra White. She was the Consultant in Public Dental Health and my line manager for one of the years when I was a DPA. Sandra was always trying to get the best from those around her. Her energy was contagious. She was the first person who ever put time into making me more confident and better at what I did. She made me work on my presentation skills and gave me the courage to go for positions I would otherwise have shied away from.

I wasn’t really aware of the concept of mentoring until very late in my career. My working life would have been much easier if I had found effective mentors much earlier. I wasn’t really until I became a Foundation Trainer that I fully appreciated the value of mentoring.

Even from an very early stage in my career I often sought the help of dentists around me but there was never anyone who I could turn to in a formal way and I didn’t want to be a burden to anyone.

The lack of support I experienced has made me far more supportive of the younger dentists (particularly women) around me. Our LDC offers mentoring and I have recently trained as a mentor in Oxford to ensure I am effective.