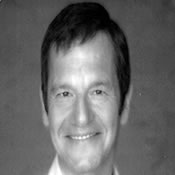 The late sixties was a great time to be a student. Revolution was in the air, and deference to the establishment was being challenged. My teaching hospital was based in Leicester Square, and a generous student grant covered rent, life sustaining food, and a good ration of beer. I didn’t want it to end, so instead of going straight into general practice, I stayed in the hospital environment as a House Surgeon for a year.

GETTING REAL
Although I thoroughly enjoyed my time in Oral Surgery, and learnt a lot of skills that were very useful later in my career, a failed attempt to pass Primary FDS reminded me that I was no academic, and that General Practice was my only realistic next step.

EXPLORING THE OPTIONS
Over the next five years I worked in a variety of practices – some good, some not so good – but I learnt a lot. My most memorable episode was a six month post at a clinic in Italy. It was owned by a professor of General Surgery who was also the Mayor and a Communist who lived in a castle – an unlikely combination, but this was Italy! When the clinic was threatened with closure by the police, I decided it was time to return to the relative normality of the UK.

SETTLING DOWN
I joined a well-established family practice in a pleasant market town with a view to joining their four man partnership. Like most practices in those days, the senior partner had a private practice which would be transferred to the next in line when he retired. The nurses’ main duty was to usher the patients in and out of the surgery, and then tidy up at the end of each visit. The “sterilization” was boiling water, and the floors were covered in red lino, from which blood could easily be disguised! The two technicians, who had to stand up when the senior partner entered their lab, (the Social Revolution had clearly passed them by) spent most of their day making full dentures – the final chapter in a story of failed dentistry. Clearly it was time for our own revolution, and the evolution of this well-meaning but archaic practice occupied the rest of my professional life.

REVOLUTION & EVOLUTION
We refurbished and modernised the building, boilers were replaced by autoclaves, and lino by carpet. Prevention, rather than endless repair was the buzz word, and so we took on our first hygienist. This ultimately evolved into a preventive department with one full time hygienist per dentist.

HEROS & MENTORS
Prevention was important, but the need for restorative dentistry was not diminishing. A number of inspiring clinicians from the USA were promoting the importance of occlusion, especially in relation to large reconstructive cases. We had our own inspiring leaders on this side of the Atlantic, and we regularly took all our staff to thought provoking talks by original thinkers such as Ellis Paul and Kevin Lewis. We soon came to realise that we needed to engage various specialists if we were to offer our patients truly comprehensive dentistry and this added an exciting new dynamic to the practice.

THE IMPORTANCE OF TEAMWORK
Throughout my time in general practice, the driving force behind all the progress we made, and the ability to address problems, has been underpinned by working as a cohesive team. Not just the dentists, but all the staff and the specialists. This in turn required a structure of team leaders, and regular meetings, where everyone was able to voice their opinions and everyone’s opinion was valued.

QUIT WHILE YOU’RE AHEAD
Dentistry has physical as well as mental challenges and I knew when it was time to retire from clinical practice. After selling my partnership I worked for a while for a corporate helping to recruit and then mentor dentists. Last year I became a student again after 50 years, and took a Diploma in Advanced Dental Mentoring. This summer I shall be spending a fortnight in Tanzania, helping to train medics in emergency dentistry – potentially a lifesaving skill. As a profession we shouldn’t undervalue what we have to offer.

SO WHAT DO I HAVE TO OFFER ANY POTENTIAL MENTEE?
I think I can help any younger clinician who may be having a tough time engaging with patients. This may be due to cultural differences, blind prejudice, or unrealistic expectations gleaned from the internet. I have a host of techniques that can help to smooth the way to a fruitful and trusting relationship, which in turn should lead to greater understanding and acceptance of proposed treatment plans. This in turn should open the door to more challenging and lucrative dentistry. I can also help anyone who is in the process of taking their practice to “the next level”. Along the way I have made my fair share of mistakes, but I may be able to help you avoid some of them yourself!